Rural Organizing Voices is a participatory oral history project to document and learn from the Rural Organizing Project’s over 20-year history of progressive, grassroots organizing in rural and small town Oregon. By exploring the history of the ROP through the stories of those who have created it and been changed because of it, we can learn something about the power and potential of rural organizing. We can begin to uncover a counter narrative to the dominant story of rural Oregon. And we can better understand what it means—and what it takes—to do grassroots, values-driven, progressive organizing in rural communities.

The project seeks to critically analyze and articulate what’s at the heart of ROP’s organizing model through the voices, stories and reflections of historic and current ROP members, volunteers, staff, board, allies and critics. What’s worked? What hasn’t? What’s unique about what we do? And what does it all mean for our organizing moving forward?

In April 2010, ROP Founder and Director, Marcy Westerling, was diagnosed with terminal ovarian cancer. Around the same time, then ROP Staff Organizer, Sarah K. Loose decided to leave Oregon temporarily to pursue a Masters degree in Oral History at Columbia University in New York. Marcy and Sarah began talking about the importance of capturing Marcy’s story and the broader story of ROP. In the summer of 2011, Sarah returned to Oregon and launched the project, initially called Roots & Wings (later renamed Rural Organizing Voices). Among our goals for the project were to: 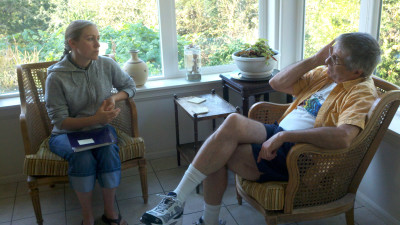 Interviews for the project began in the fall of 2011 and continued through the summer of 2014. Our team of volunteer interviewers included current and former ROP staff, volunteers and local human dignity leaders, trained and mentored by Project Coordinator, Sarah Loose, and other professional oral historians. Project narrators were selected by ROP staff and include current and former ROP staff, board, and volunteers, local human dignity leaders from across the state, and ROP allies.

Most interviews followed a modified life-history format, exploring narrators’ early social justice influences, their path to rural Oregon and community organizing, and their experiences with ROP and local human dignity organizing. While the majority of the interviews were recorded in .wav formats using digital audio recorders, some were also captured on HD video. Interviews averaged about 2 hours in length. With some project narrators we recorded multiple sessions. We also facilitated a story circle and several group interviews with multiple narrators and/or interviewers. A detailed, time-coded annotation (or log) was created for each interview. Short portions of some interviews have been transcribed.

As of winter 2015, the project includes interviews with over 40 different narrators, totaling over 100 hours of archival audio and video footage. 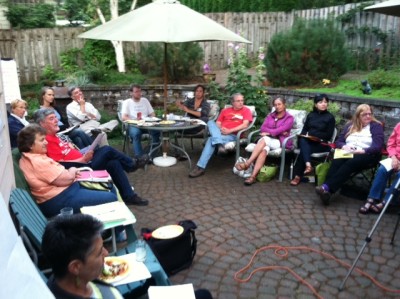 In the spring of 2012, we also launched a series of Collective Analysis Workshops.  Organized in coordination with ROP’s 5-Year Strategic Visioning process (facilitated by RoadMap consultants, Margi Clarke and Emily Goldfarb over an 18-month period), each workshop focused on a particular question or theme relevant to ROP’s organizing model and future organizing plans:

Workshop participants included current and former ROP staff, board and allies, as well as local human dignity leaders. Some of the participants were also project narrators. While the format varied from workshop to workshop, each generally included time for participants to:

Workshops were documented using a combination of audio recording, handwritten notes and photography.

Beginning in the fall of 2012 and continuing through early 2014, Sarah, Marcy, and Mike Edera (long-time ROP and human dignity leader) worked together to draft a series of essays exploring various aspects of ROP’s organizing model. Several of these essays are featured on this website.