Throughout its 20+ year history, the Rural Organizing Project and its 50-some member groups have marched, occupied, strategized, written letters, made calls, organized vigils, visited their legislators, gotten arrested, and rallied in support of human dignity and democracy. The following stories highlight just a few of ROP’s key campaigns, events, and actions. Each story is a window into the victories, challenges, possibilities and pitfalls of grassroots, progressive organizing in rural and small towns. 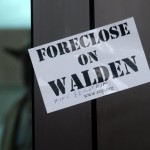 On December 5th 2011, rural Oregonians in 5 locations across Oregon’s 2nd Congressional District staged the largest, unified public demonstration in recent history to address a specific member of Congress. In coordinated sit-ins and rallies, church groups, educators, and labor unions joined long-time human dignity leaders and the “99%” to send a message to Rep. Walden: what should matter most in a democracy is what people want and need! 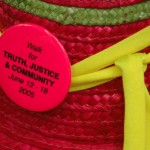 The Walk for Truth Justice and Community 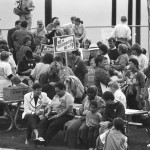 The No on 9 Campaign

In May 1991, the Oregon Citizens Alliance announced its plans to put an initiative on the ballot declaring “homosexuality” abnormal and perverse. Rural and small town Oregonians fought back, even in the face of violence and fear. In a campaign marked by rural-urban tensions, but also growing solidarity among rural and small town activists, over 20 local “Human Dignity Groups” formed to stand up for basic human dignity and democracy.