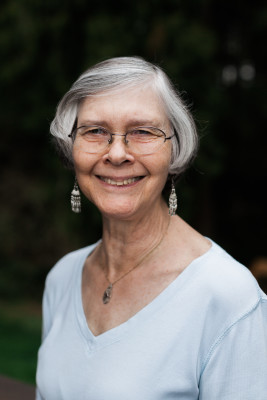 Penny worked as ROP’s first part-time office manager in 1994. She has also volunteered with the local Columbia County Citizens for Human Dignity.

Penny recounts how it is that she came to be hired on as ROP’s first office manager, what her job responsibilities were, and what the working conditions were like during ROP’s very early years. She reflects on the challenges of working for a grant-funded organization and on the quick growth that ROP experienced as more and more groups around the state were formed and joined the network. She also touches briefly on her involvement with Columbia County Citizens for Human Dignity – hosting meetings of the group at her house to talk through hot election issues, or marching in a gay rights march with her son in the early 1990s. Finally, she discusses her paid work and interests since leaving ROP for a full-time job in 1995 – and the influence of her time at the Women’s Resource Center and with Marcy at ROP on her career as a writer.

Penny Ehrenkranz – Getting started at ROP

Penny Ehrenkranz – I wondered from day to day

Working for a grant-funded organization can be stressful. ROP’s first office manager often wondered how long ROP – and her job there – would last.