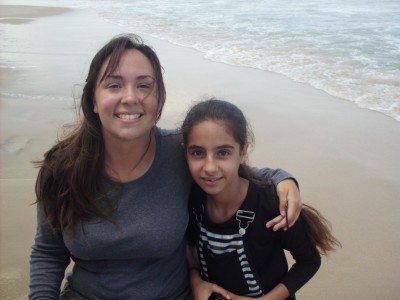 Jess Campbell first connected with ROP in 2005 when she was organizing with a group of her peers at Cottage Grove High School who were building off of a successful campaign to end mandatory viewing of Channel One, a corporate TV advertising program. Cottage Grove Students for Peace & Justice was planning to walk out against the wars in Iraq and Afghanistan and leaders with Stand For Peace, an allied human dignity group, suggested ROP could help support their organizing. Soon after, Jess was invited as an “emerging leader” to join Marcy and Cara in a series of intergenerational dialogs that led to dozens of living room conversations on immigrant fairness throughout Oregon, several of which Jess participated in. Jess joined the ROP board in 2006 and, in 2011, was hired as an ROP staff organizer. As of 2020, Jess has served as ROP’s Executive Director.

Interview Summary: In this short interview, Jess discusses ROP’s approach to political education. She describes a series of immigration Living Room Conversations that she participated in, alongside ROP staff organizer Cara Shufelt, in 2006 and reflects on how those conversations impacted not only the the local community members who participated, but also her own political development. Jess also touches on some of her more recent work supporting local human dignity leaders in understanding and organizing around the threatened closure of rural post offices and the Occupy movement. The interview concludes with a discussion of political education work with ROP board members, particularly around racial justice.

Having real conversations about race with white people in rural Oregon. Still a highschool student and relatively new to ROP and to organizing, in 2006 Jessica Campbell went on the road with ROP organizer, Cara Shufelt, for a series of Living Room Conversations about immigration.