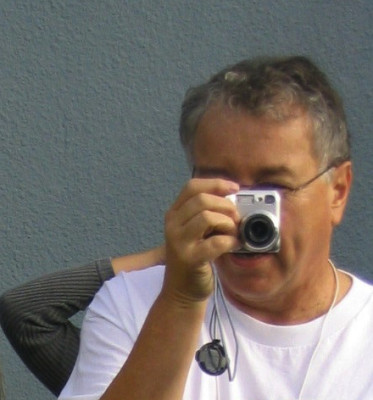 Jerry and his partner Lee Schore had been in touch with ROP since the mid-90s. They became more actively involved when they moved to Tillamook county in 2000, and  participated in the local ROP member group, Tillamook County Citizens for Human Dignity.

In this interview, Jerry shares stories and reflections from some of the key ROP activities and campaigns he’s been involved in, including his participation as a ROP delegate on the national Immigrant Workers Freedom Ride in 2003, a chronicler of the 2005 Walk for Truth, Justice and Community, a photographer for ROP’s 2012 Latino Leadership Retreat. He reflects on ROP’s relationship with PCUN, Oregon’s farmworker union and discusses elements that he sees as core to ROP’s approach to organizing: breaking down rural isolation, identifying leaders, prioritizing the building of deep relationships, helping people negotiate their fears, and doing the follow-through that good organizing requires.

From “Yes We Can” to “We Are One.” A cross-country bus ride births a new generation of movement leaders. Jerry shares some powerful stories of transformation and community from his experience as an ROP delegate on the national 2004 Immigrant Workers Freedom Ride.

It’s not enough to plan a great event. Organizing requires follow-up and follow-through. Jerry reflects on two missed opportunities he witnessed while living in Tillamook County – and what ROP organizers, had they been involved, might have done differently.