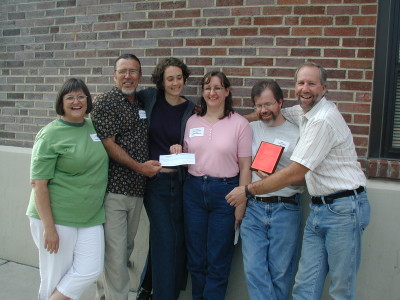 Interview Summary: After a brief discussion of how a childhood of moving from park to park through his father’s employment with the National Parks service influenced his interest in justice, Don talks about his decision to move to Oregon in the mid-90s, where he discovered the state’s “East-West” and “rural-urban” divides. Don explains his initial vision in founding the Pendleton-based human dignity group, Pendleton Commons, and the role that ROP played in supporting its formation. He reviews the group’s main campaigns and projects, focusing especially on the pro-tax billboard campaign and the group’s involvement as one of ROP’s “Super Seven” groups for the 2004 elections. Don discusses the eventual dissolution of Pendleton Commons, as many of its core leaders shifted their energy to starting other projects in the community.  The interview also explores Don’s approach to social change and the ways it dovetails and differs with ROP’s approach.

Don Butcher – Seeing the organizer in me

How Pendleton Commons tried to counter the anti-tax sentiment in Umatilla County.

Has ROP’s work been too “ivory tower” or judgemental? Is it possible to build a broad base and still stay true to basic values of social justice?