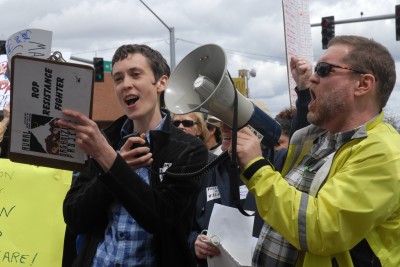 Cara has an infectious passion for organizing. Since Cara’s early years in her home state of Michigan, she has been drawing people together to make the world a better place. As a student at Lewis and Clark College in Oregon, she organized over 10% of the student body to attend the direct action of the World Trade Organization in Seattle in 1999 where she saw the power of solidarity and democratic decision-making first hand. Cara joined the Rural Organizing Project in 2002 as an organizer and immediately fell in love with a life of meeting with folks in living rooms across the state, having conversations on how we build power and make change in our communities across rural Oregon. Cara played a crucial role as Co-Director for 10 years.

Why ROP chose to make “Democracy” a defining feature of its 2012 STAND election guide and work.